Which Machines Are Used to Crush Rocks?

Which Machines Are Used to Crush Rocks?

Crushing rocks is an important aspect of the aggregates industry. Used widely in construction for both residential builds and civil engineering projects, crushed rock can be put to many different purposes. Typically, crushed rock is produced over three stages. At first, the primary crushing is completed and some material may be left in this state until it is needed. Further reduction ratios are achieved with secondary crushing. If further material is required at a smaller size, then a final reduction crushing stage may be added. This may involve processing the rocks at different size ratios for specific orders.

What is crucial to note, however, is that these different stages often rely on specific types of rock crushers. What are the most common ones in use in Australia today? Read on to find out.

Often used for the primary rock-crushing stage, jaw crushers are often referred to simply as rock breakers. This is because they are not necessarily designed to produce crushed rocks to a given size or ratio. Instead, they break rocks down so that they are suitable sized either to transport to another site or to be placed into more sophisticated machinery. Jaw crushers tend to be one of the most energy-efficient ways to produce crushed rock. Most function with a V-shape into which rocks are placed while a fixed jaw exerts a force on the material to break it up.

Featuring a conical head, gyratory crushers are typically utilised to produce secondary crushing. Usually manufactured from strengthened steel, the head applies force in a rotational motion against a concave outer surface. As rock is crushed to a certain size, it becomes smaller enough to fall away under gravity from the gap between the head and the outer surface. In some cases, gyratory crushing machines are used for primary crushing, most likely because the rocks themselves are already of a suitable size.

There are two main types of cone crushers, impact-style crushers (VSIs) and horizontal shaft impactors (HSIs). Both are typically used for the final stage of turning crushed rock into functional aggregates. They both work by applying pressure to rocks until they break apart like gyratory crushers. What distinguishes them is that the concave outer surface will not be set at such a steep angle. Consequently, the material being crushed is exposed to the force of cone crushers for a longer period of time before falling away. This allows for a more uniform size ratio of the produced aggregates.

To learn more about crushed rock, reach out to a supplier near you. 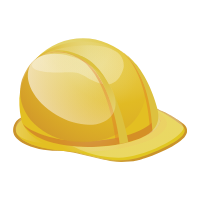 Modern architecture has far surpassed everything humans have ever built in terms of height, complexity and engineering skill. If you’re like us, then you may be wondering how engineers, architects and construction workers build amazing buildings like the Eureka Skydeck or the Brisbane Skytower. In this blog, we discuss the heavy construction equipment that has made these feats possible. From cranes to excavators, the equipment we discuss has been instrumental in improving the architecture we see all around us. We hope you learn everything you want to know about construction equipment from our blog posts. If you need information, feel free to contact the resources we link in our posts.

Which Machines Are Used to Crush Rocks?
12 January 2023

What Steps Will a Crane Rigger Take When Setting Up a Crane?
8 March 2022

How to Plan Carefully for Industrial Relocation
7 December 2021